On 18 September 2022, delegates and guests of the FAI Medico-Physiological Commission (CIMP) gathered at the Aéro-Club de France in Paris for a special meeting: not only the first in-person meeting since 2019, but also an occasion to reflect upon and celebrate one hundred years of service to aviation, as CIMP was founded in 1922.

Following the 100th Annual Plenary meeting, which was in hybrid format with online participants and special presentations, the attendees at the Paris event – including former CIMP Presidents, the President of the Aéro-Club de France and board members of leading aviation medicine organisations – enjoyed a festive meal. 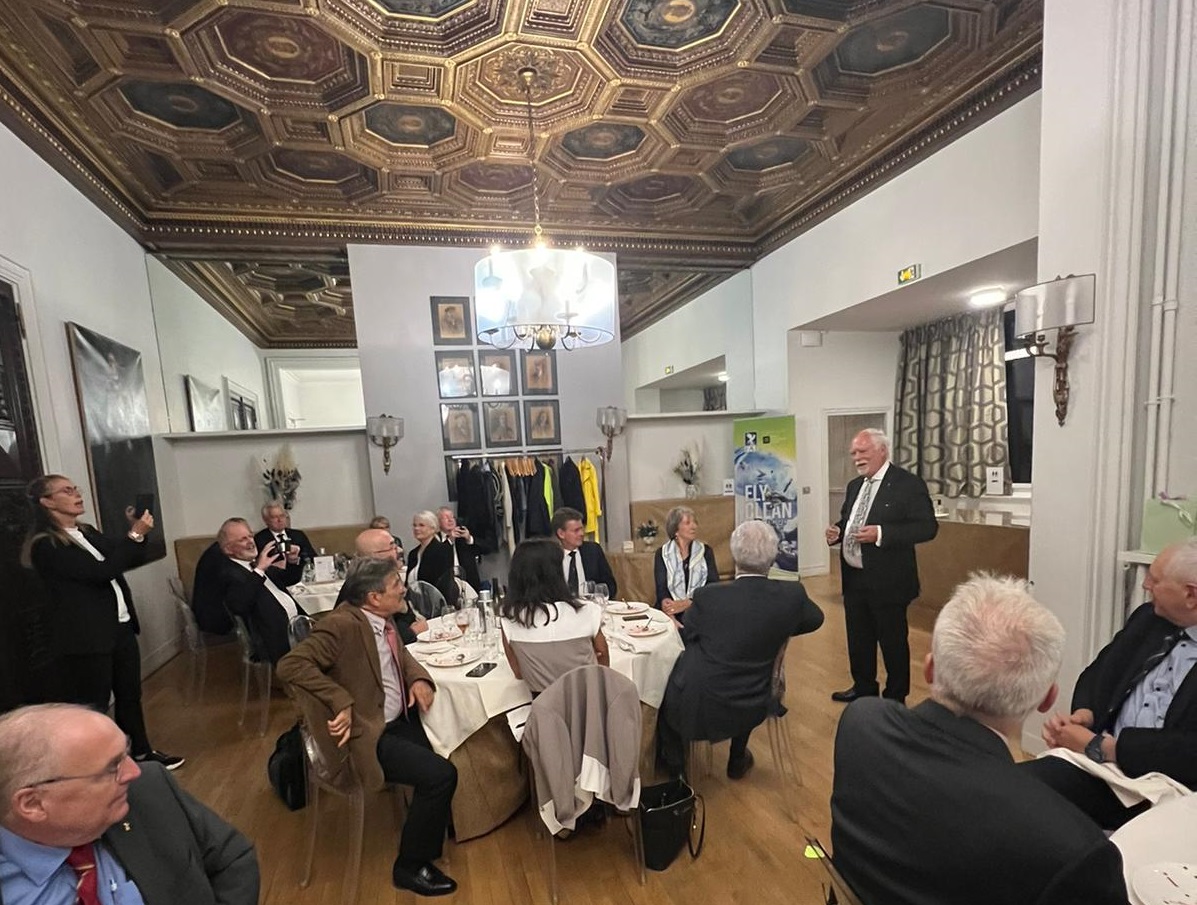 Attendees of the 100-year anniversary of CIMP in Paris

CIMP President Marja Osinga-Meek commented: “The ambiance of the Aéro-Club de France was excellent; we were surrounded by the history of the aéroclub and aviation in general.” In her speech at the dinner, she thanked all CIMP delegates for their excellent achievements that have built up the CIMP to the present state. She expressed her gratitude towards the sponsors who had made this event possible to organise.

Marja Osinga-Meek also read out a speech from FAI President, David Monks: “FAI is very proud of the many achievements of CIMP. Not only does FAI benefit from the work undertaken by the CIMP but so does the wider air sports and aviation community… Today CIMP is populated by delegates with great knowledge of the field of medicine who play an important role in advising on protecting athletes and understanding the influences upon elite performance. This expertise has far-reaching global benefits.” 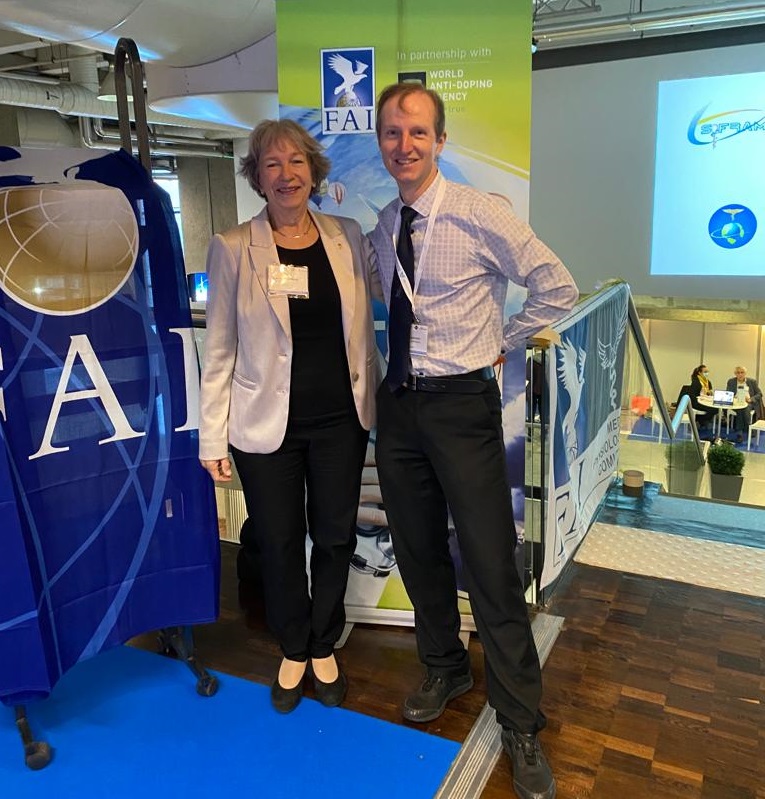 Many delegates at the 100-year anniversary were also in Paris to attend the International Conference of Aerospace Medicine (ICAM) which took place during the same week. At the opening ceremony of the ICAM, Marja made a presentation to introduce FAI and CIMP which was well received and informative for those who were not already aware of the functions of these organisations:

“In 1922, the time that aviation was developing very fast, ideas started about health impacts on pilots and passengers. This mandated some medical requirements for pilots, which resulted into a two- page list. Nowadays, hundreds of pages are applied to fitness to fly assessments.” 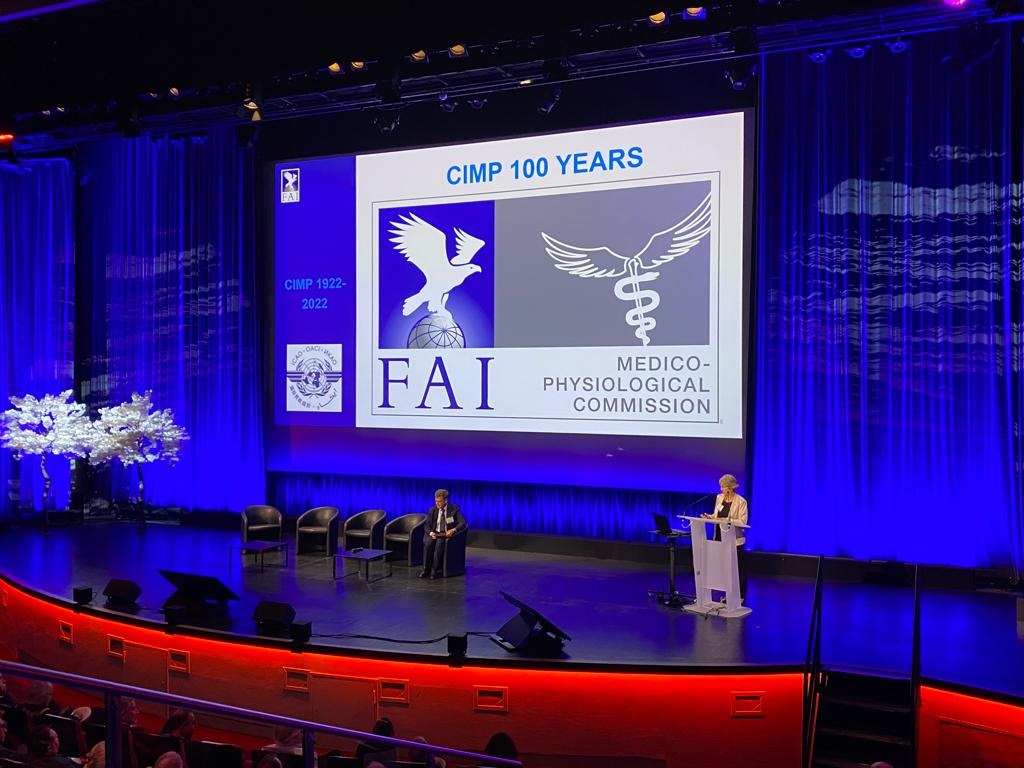 Presenting CIMP at the International Conference of Aerospace Medicine

Marja also organised for promotional materials to mark the occasion, and a table was sponsored by the AsMA, the AeroSpace Medical Association, the largest organisation in Aviation Medicine, with the support of Roland Vermeiren, the CIMP’s liaison at the International Conference of Aerospace Medicine. 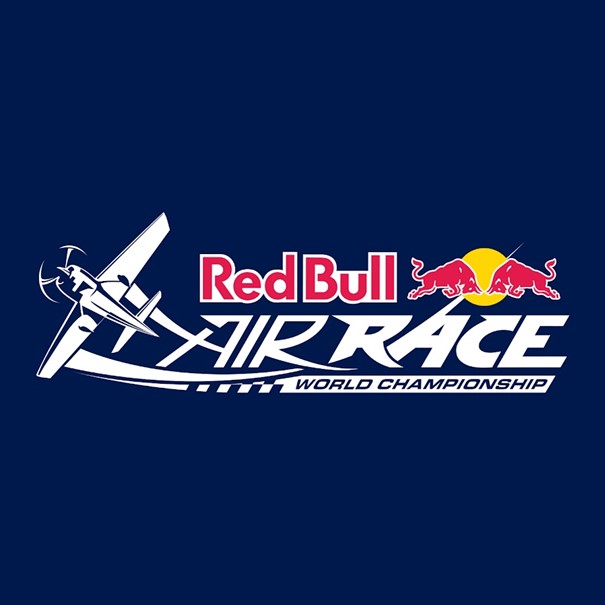 The foundation of CIMP

In the first decades of the 20th Century, the FAI was established between a selection of national aero clubs to coordinate and give direction to aviation, which was being developed dramatically as engineers, pilots and inventors clamoured to help humankind fly further and faster.

Following WWI, in which aircraft had been adopted for military use, further clarity was needed on international navigation and safety. Over 20 countries gathered to discuss and sign the Paris Convention of 1919 which founded some basic rules for aerial navigation.

Following on from this treaty, the decision to establish a ‘Commission Internationale Médico-Physiologique’ (CIMP) was taken by the Aéro Club of France on 1 December 1921 and the first meeting was held on 13 March 1922.

The FAI Medico-Physiological Commission’s aim was – and remains to this day – to enhance flight safety through the study of medical and physiological factors that influence human performance and behaviour in the air sports environment. 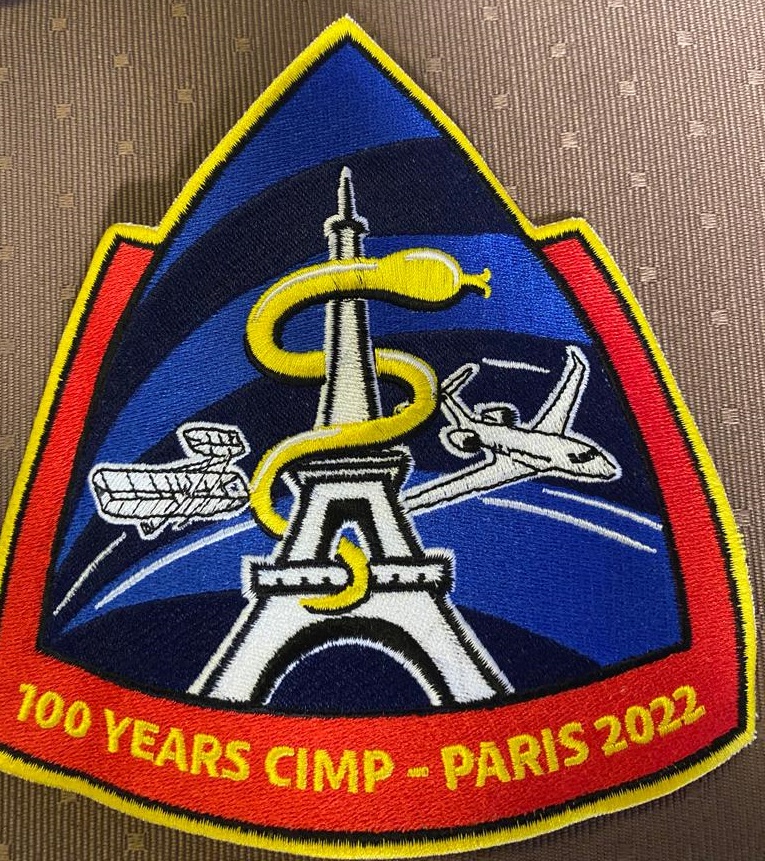 Outdoor Air Conditioning Cools the World Cup–But Is It Sustainable?