Jesse Lingard says he turned to drink to “to try and take the pain away” as his Manchester United career nosedived.

Lingard spent 22 years at United, having joined the club’s academy at the age of seven, before leaving for Nottingham Forest last summer.

The England international made over 230 senior appearances for United and scored the winner in the 2016 FA Cup final, but said abuse from fans and his mother’s struggle with depression left him “trying to forget what was going on” at Old Trafford.

“I was drinking before bed, having a nightcap,” Lingard told The Diary Of A CEO podcast.

“I look back now and think, ‘what was I doing that for?’ But I needed something to try and take the pain away and put me at ease somehow.

“I was trying to forget what was going on. But it makes it 10 times worse.

“You’re getting that much abuse, and I’m already down enough, and I’ve got to perform. I’m already going through things you don’t know about… I felt like the world was on my shoulders.”

Lingard said how his mother Kirsty had battled with depression while he was young, often spending the whole day in bed.

She was admitted to hospital for treatment in 2019, leaving him to care for his younger siblings Jasper and Daisy-Boo.

“The depression was so bad she couldn’t really cope any more and she needed to go away and get help,” Lingard said.

“But leaving me with my little sister who was 11 at the time and my little brother who was 15, for me, I was still going through my own things as well.

“So I wasn’t really the big brother they wanted at the time. They always get the fun, laughy, bubbly Jesse and I was going through my own things, so I was on autopilot. I just wasn’t there mentally.”

Lingard said matters came to a head when he was abused by supporters after United’s FA Cup win at Derby in March 2020.

He spoke to then-United manager Ole Gunnar Solskjaer about his personal issues and doing so helped him.

“I need to find some motivation, some fire in my belly to get going again because I can’t be doing this.

“We kept it close-knit but even just to have Ole say, ‘how is your mum? How is she doing?’ helped, to let people know what I was going through.”

Having shone on loan at West Ham in the second half of the 2020-21 season, scoring nine goals in 16 games, Lingard returned to United only to find minutes on the pitch difficult to come by.

He says he was given “fake promises” over his game time, and was furious when told he would not be joining Newcastle on loan in January 2022 after the deal had been agreed.

Lingard eventually chose Forest over a return to West Ham last summer because they “showed me a lot more love”. 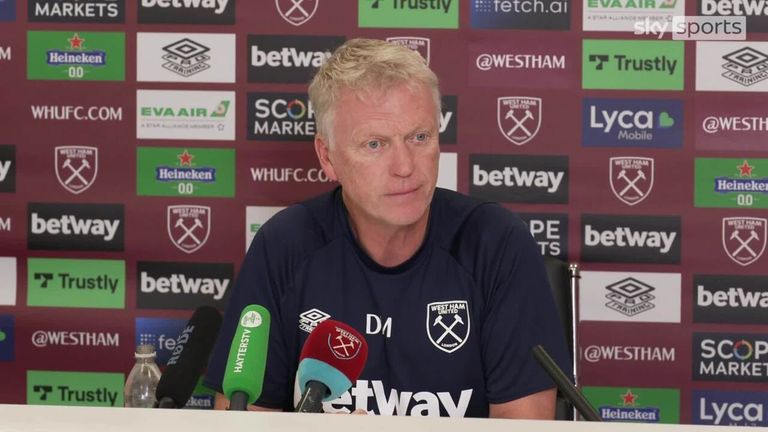 At the time of Lingard’s move to Nottingham Forest, West Ham manager David Moyes said the club had done all they could to sign him

Asked if he had lost respect for United over time, Lingard said: “Probably, yeah. [There was] no balance, no structure, people doing what they want. It was like a free for all.

“They are so behind with everything. You see [Manchester] City’s facilities, Tottenham’s facilities. People are miles ahead. Even on the social side of things. I went to them in 2017 about YouTube and said let’s do content.

“I just want them to get up to date on the new things that are happening. You’ve got to stay relevant. Catch up a bit.

“You see what City are doing, fresh training ground, best facilities, no one talking back in the press about the team.”

If you are affected by these issues or want to talk, please contact the Samaritans on the free helpline 116 123, or visit the website.

Mikel Arteta: Arsenal on lookout for new midfielder | Why a midfielder is a priority for the Gunners now | Football News